Hello all. Ben here. After pushing Christian into doing monthly posts, I find that I failed to get one done for September. I had this post planned, but the proof is in the pudding and there wasn’t any (pudding or proof). I may do another post later in the month to make up for it, but I want to make sure there is something to say and I’m not pulling what I do on my other page and forcing a post when there is really no news. I believe in the advertising philosophy that an ad owes you either information or entertainment in payment for your time. And what are these posts, really, other than advertisements for us?

Before we get into what we are all working on, I wanted to thank Christian and Brittni for all their hard work for the book launch. Also, thanks to everyone who took part. All the posts and videos are available here for your interest. I think it was a great success.

Getting back to the topic at hand. Even with new books having just been launched, we are all hard at work on our next projects. Obviously, given the nature of publishing timetables are fluid, so what we are writing now may not be what comes out next. 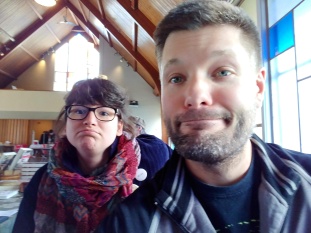 What is likely to come out next is the Revised Edition of Brittni Brinn’s The Patch Project. It’s the prequel A Place That used to Be. It initially came out 2018 but we at Adventure Worlds have agreed to put out the new edition. Nothing in the book is changed other than a few minor corrections but the layout has been altered to match the size of A Place.

With that on the way, Brittni has been working on a new novel. The project title is Space Novel and she is hard at work on the first draft. She also has a story short listed for an anthology being released by Mirror World Publishing. 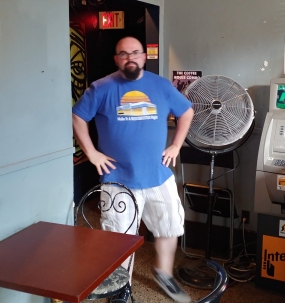 Christian had the short story The House in the Ground recently appear in a collection with KJK Publishing and before that his story Hunger was in the anthology Harvest from publisher Blood Song Books. With those successes under his belt, he’s been working on more shorts as well as a literary fiction novel with the working title ’96.

When any of our projects get closer to being done (like Break/Interrupt which is planned to be released for April 2021) we will make sure to let you know. For our smaller or more long term projects, please visit our individual websites for updates and information. If you have any question, please ask them here and I’ll make sure we all take a look. Thanks again for being part of AWP. We’ll keep working to bring you new content!

One thought on “What’s Next from AWP?”