It’s been a busy summer over here at the Adventure Worlds Press secret headquarters (on an unassuming suburban street, in small town, big province, Canada). While we were limited in our outdoor activities, we managed to keep working. In case you missed it, we released two new books, each one the conclusion to their respective series.

In April, Ben Van Dongen capped off his five book novella series, The Synthetic Albatross, with Snow from A Distant Sky 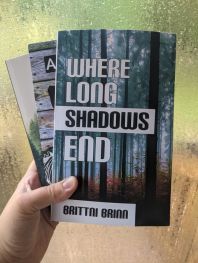 . He insists on mentioning that it’s a temporary conclusion and that he dreams to one day go back to the series and write a new book every year until he’s senile or hiding deep underground in his yet to be built bunker, shunning the world that never understood his genius.

Earlier in August, Brittni Brinn ended her post-apocalyptic Patch Project series with the haunting Where Long Shadows End. She even held a release event on the interwebs with guests, readings, and more. Some of those recordings can be found on the Adventure Worlds Facebook page. While you’re there, you can follow the page to get updates on events and releases! 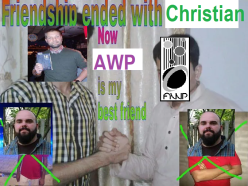 Also, the traitor Christian Laforet, released a coupe of books with other publishers or something. It’s not important. Though, if you’re interested, the chilling (and gross) novel Infested was released though Eerie River Publishing and the whip-fast cosmic horror novella We All Fall Before the Harvest came out through Timber Ghost Press.

What’s next for these intrepid authors? Will they be joined by one or more new authors? Is this the end for Adventure Worlds Press? You’ll have to stay tuned to find out, but no, it’s not the end.

Reminder: Reviews are always welcome and appreciated. Places where reviews make a difference are Goodreads, Amazon, or your favourite book retailer.

Snow from a Distant Sky